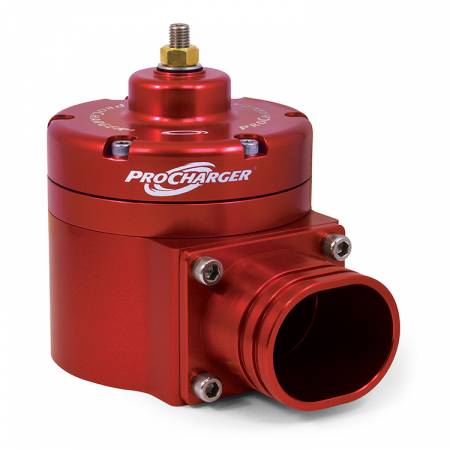 Importance of Bypass/Surge Valves
Applications utilizing intercooling and those operating at boost levels in excess of 8 psi will benefit from the use of a bypass valve (commonly referred to as a surge valve). In high RPM, low load conditions, the supercharger is still operating at full speed and attempting to deliver full flow. With the throttle blade(s) at or near the fully closed position, the engine is unable to accept the airflow from the supercharger. In this event the pressure builds until the flow attempts to reverse direction and exit through the compressor, resulting in a harmful condition known as compressor surge. Installing a bypass valve between the supercharger discharge and the carburetor/throttle body prevents damaging compressor surges by diverting the undemanded charge air to the atmosphere during manifold vacuum conditions. ATIs butterfly-type Pro-Flo is well suited for applications making 750 hp or less. Applications at higher power levels are best suited for use with our poppet-style race valve.

Bypass Valves vs Blow Off Valves
Blowers are always producing some amount of boost as they are belt driven, where a turbo spools up as the exhaust velocity is increased. Bypass valves are used with blowers since they always relieve the boost until near zero vacuum (heavy throttle) is achieved. Blow-off valves are designed to relieve boost at a set amount of boost, and can cause boost stacking when used with a blower. Light springs can be used with blow-off valves so that they can be used with blowers, and many have reported success with doing so. Unless a blow off valve is properly set up with a light spring though, the boost that is built up places a load on the blower that is hard on it, plus it will try to slow the blower down which can cause belt slippage. Stacked up boost will also try to find weak spot in the tubing and hoses to blow out of. This is why Bypass Valves are better than Blow Off Valves. 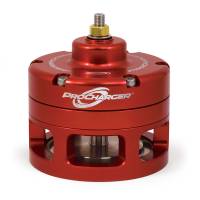 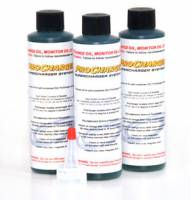