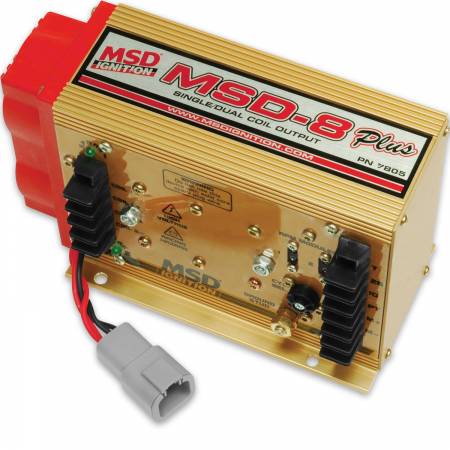 If your running alcohol and high compression and/or a turbo/blower this one can ignite it all.

There has always been a niche group of hardcore racers and pullers that run nothing but the MSD 8 Ignition Series. If you liked it then, you're going to like it even better now!

The MSD 8-Plus Ignition produces the same extreme output of the original 8-Series, yet is now in a smaller housing with improved efficiency and internal components. One distinct change is now a built-in 2-Step Rev Control. Now you can switch between two rev limits without extra wiring or housings.

For those that are looking for a dual fire MSD 8, the new 8-Plus is all you need. Our engineers were able to deliver an ignition that is capable of firing two coils at once for those extreme racers using dual plug race setups.